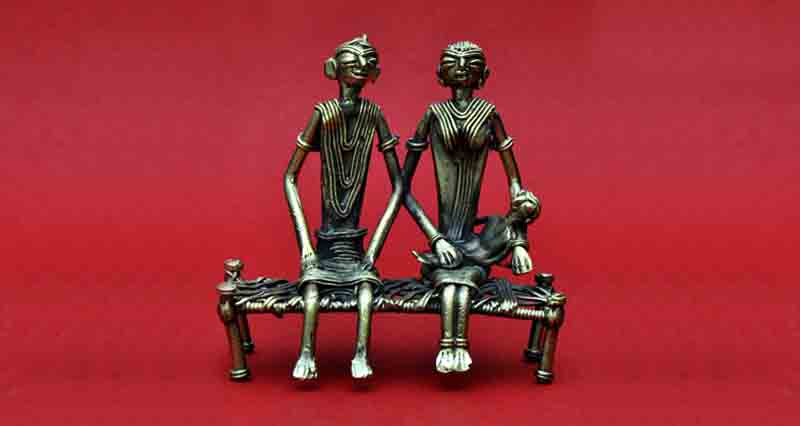 Dhokra is an ancient form of metal casting technic followed by the ancient Indians. This sort of metal casting has been used in India for over 4,000 years and is still used. One of the earliest known lost wax artifacts is the dancing girl of Mohenjo-daro. The product of “Dhokra” artisans are in great demand in domestic and foreign markets because of primitive simplicity, enchanting folk motifs and forceful form. Dhokra horses, elephants, peacocks, owls, religious images, measuring bowls, and lamp caskets etc...., are highly appreciated.

How it is made : There are two main processes of lost wax casting: solid casting and hollow casting. While the former is predominant in the south of India the latter is more common in Central and Eastern India. Solid casting does not use a clay core but instead a solid piece of wax to create the mold. Hollow casting is the more traditional method and uses the clay core.

The first task in the lost wax hollow casting process consists of developing a clay core, which is roughly the shape of the final cast image. Next, a layer of wax composed of pure beeswax, resin from the tree Damara orientalis, and nut oil covers the clay core. The wax is then shaped and carved in all its finer details of design and decorations. It is then covered with layers of clay, which takes the negative form of the wax on the inside, thus becoming a mold for the metal that will be poured inside it. Drain ducts are left for the wax, which melts away when Read More »

About Sheesham Wood :  Sheesham wood, or also known as Indian rosewood, is found in India. The trees grow for as long as 22 years, and they can reach to as much as 30 meters tall. These large trees produce wood that’s heavy and dense. It has superior strength, which makes it a high quality wood for fine furniture. Upon collection, the wood is polished, which leaves behind a smooth surface that is attractive. The...Read More » 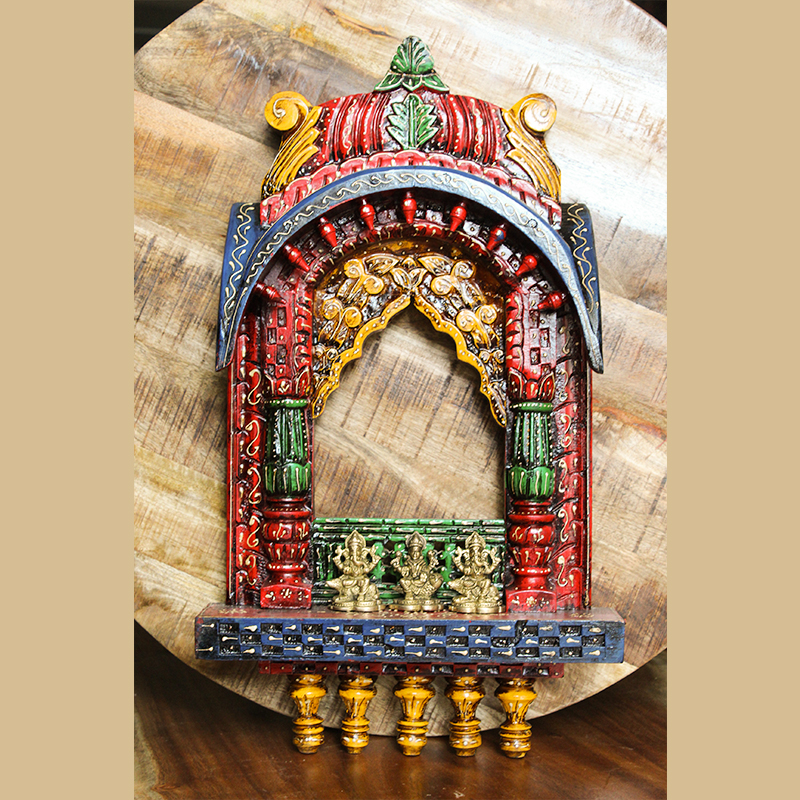